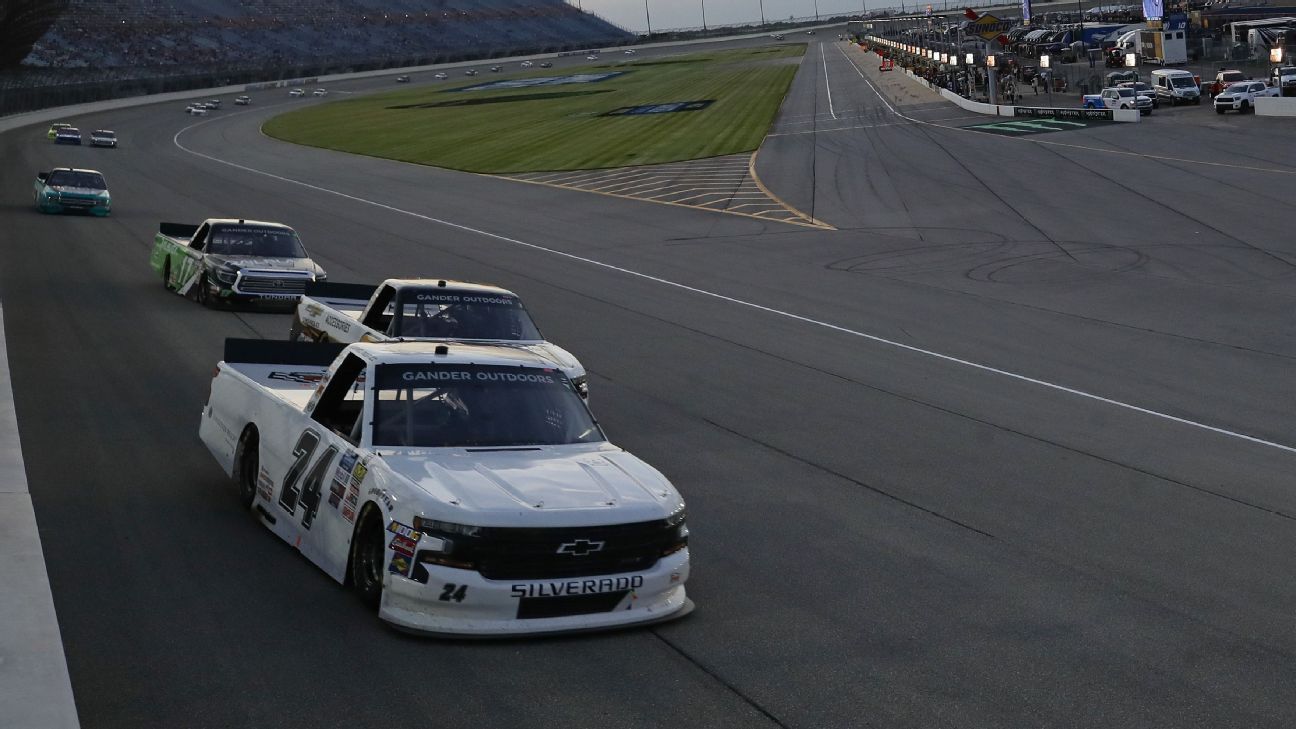 BRISTOL, Tenn. — Brett Moffitt pulled away on a restart with three laps to go and won the NASCAR Gander Outdoors Truck Series’ playoff opener Thursday night at Bristol Motor Speedway to earn a spot in the Round of 6.

Moffitt finished 0.743 seconds ahead of 17-year-old Chandler Smith for his 10th series victory and first at Bristol. The top seed and defending series champion won the pole and led 65 laps on the 0.533 oval.

« We’re playing on house money now, » Moffitt said. « I mean we still want to go get points and ultimately win races and get playoff points to set ourselves up a little safety net for the next round. But now we’ll just go and race to win and the pressure if off. »

Moffitt has three victories this year in the GMS Racing Chevrolet, also winning in June at Iowa and Chicagoland.

« It was tough, » Moffitt said. « Our Silverado was strong on long runs, but it was hard to get fired off. So it was really tough just getting the first couple of laps under our belt after a restart. »

Ross Chastain took the first stage, and Moffitt drove around the outside of Chastain to win the second. Moffitt and Chastain combined to lead the first 110 laps before Grant Enfinger led 57 in the final stage.

Moffitt earned six playoff points, five for the victory and one for the Stage 2 win. Chastain also got a point for a stage win.

The playoff field will be cut from eight to six after races at Canadian Tire Motorsport Park and Las Vegas Motor Speedway. The second three-race round — Talladega Superspeedway, Martinsville Speedway and ISM Raceway — will pare the field to four for the finale at Homestead-Miami Speedway.