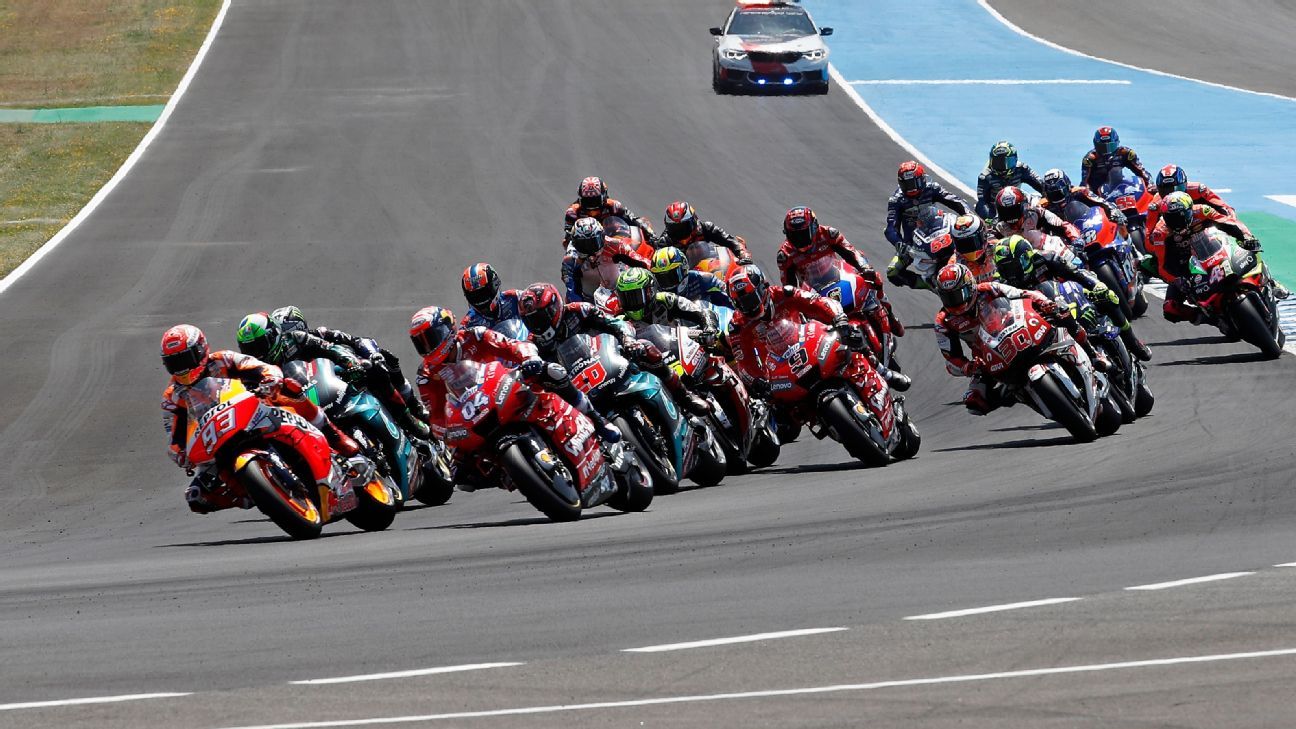 MotoGP organizers and the Spanish government say they are working to bring the racing series back in the summer.

MotoGP promoter Dorna said Thursday it is « working hard to try » to resume racing in July, likely with consecutive events at the Spanish circuit of Jerez de la Frontera.

Spain was set to host four races before the season was put in jeopardy because of the coronavirus pandemic.

The season was scheduled to open in March with the Qatar Grand Prix, but the event was canceled when Qatari quarantine measures began. The Moto2 and Moto3 races were held in Qatar as teams were already there before the quarantine began. MotoGP teams had yet to arrive, however, leading to the cancellation.

MotoGP teams have yet to race this season.

Information from The Associated Press was used in this report.