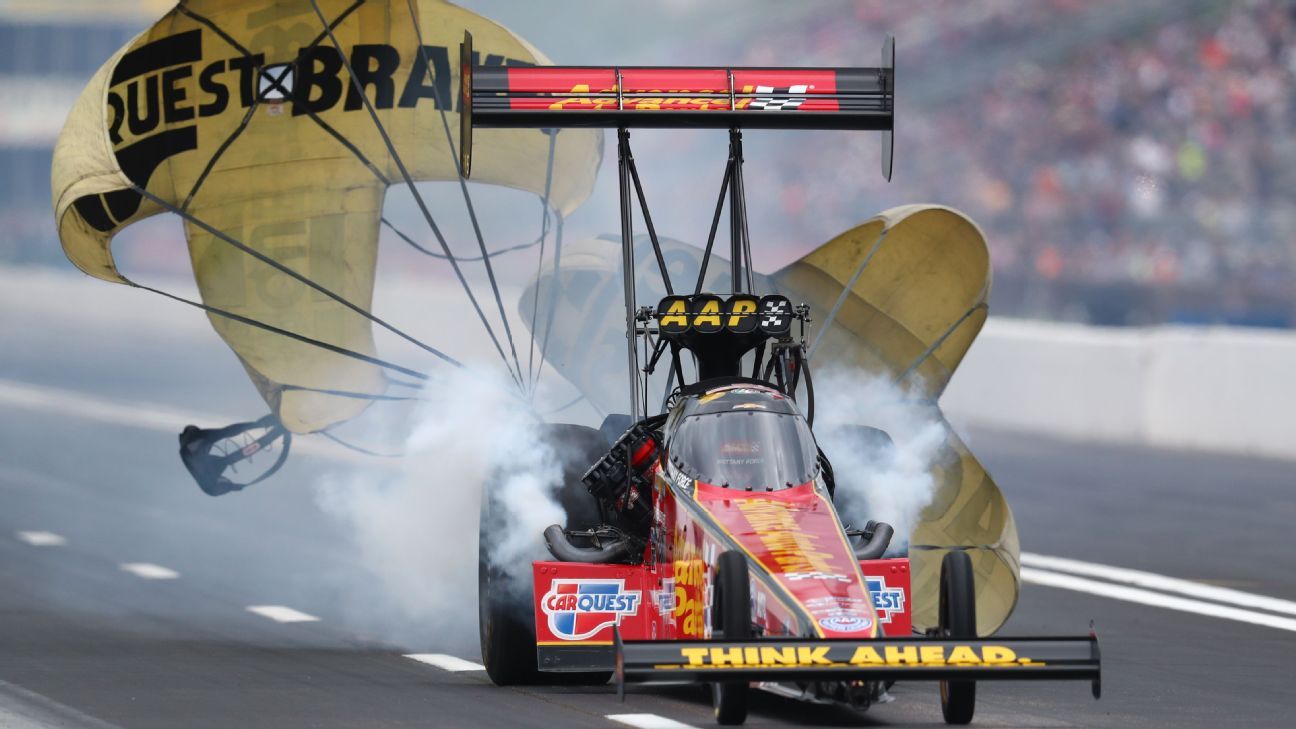 Brittany Force raced to her second straight Houston Raceway victory, beating Antron Brown in the final with a 3.749-second run at 302.14 mph.

« All of John Force Racing was on a mission this morning, » she said. « My dad and I were No. 1, the first time father and daughter have ever qualified No. 1 at an event. That’s something very special my dad and I will share. We were looking for a win, but to be able to do it with Robert Hight by my side in that car, that’s pretty awesome. »

Hight won for the third time this year. He beat car owner John Force in the semifinals, then topped Matt Hagan in the final with a 3.941 at 310.84 in a Chevrolet Camaro SS.