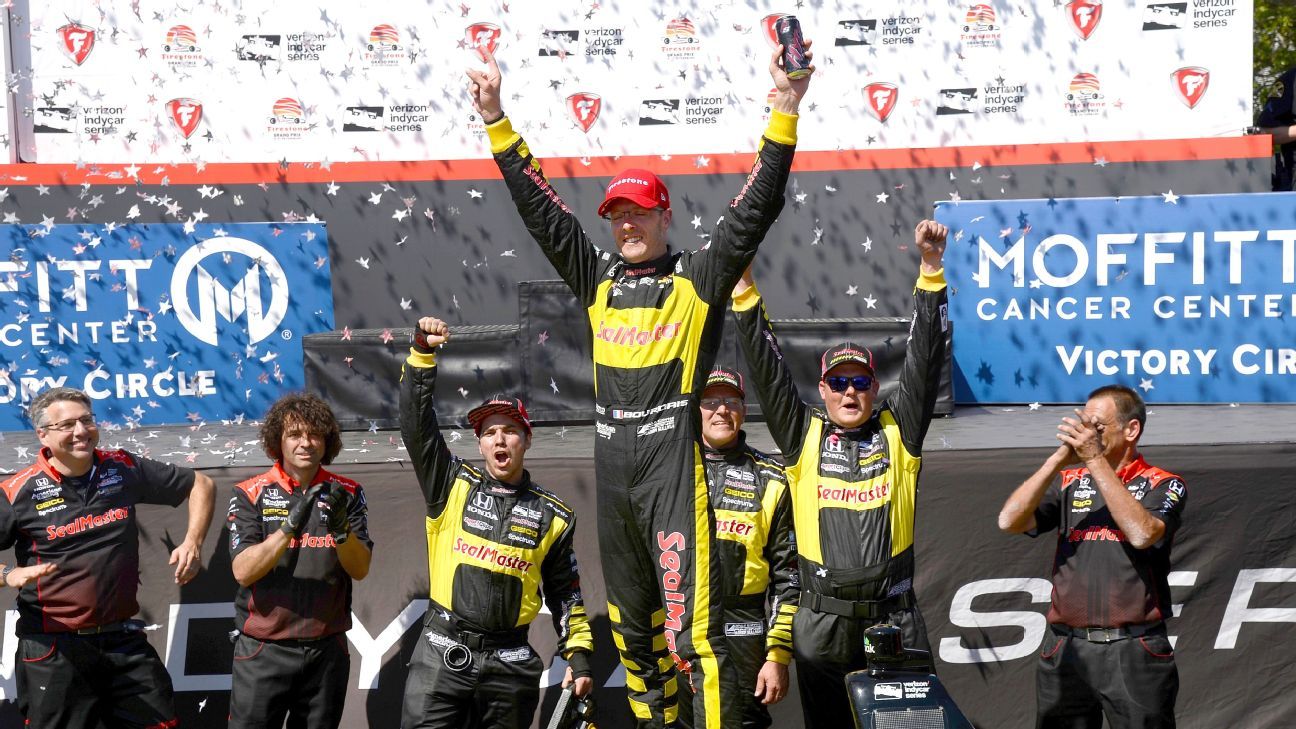 Sebastien Bourdais will return to IndyCar with A.J. Foyt Racing in a full-time job for 2021 that begins with the final three races of this season.

Bourdais, a four-time champion, had been scheduled to split the No. 14 at Foyt this season with both Tony Kanaan and rookie Dalton Kellett. The schedule was decimated by the pandemic, so Bourdais, who was supposed to drive the first three races of the season, has yet to turn a lap in competition.

« We waited with anticipation for most of 2020 to put together a deal for 2021, » Bourdais said Tuesday. « I’m really happy that I’m running the last three races of the year — it is great for us to get an early start on next year. »

Bourdais is currently in his native France preparing to run the 24 Hours of LeMans this weekend. He scrambled to put together a sports car schedule this season when he learned late last year that Dale Coyne Racing was not bringing him back for 2020.

Bourdais also pieced together a partial IndyCar schedule with Foyt, which gave the five oval races in 2020 to Kanaan as he eased into retirement. Bourdais was to run four events with Kellett scheduled for the remaining eight races.

The IndyCar schedule has been reduced from 17 to 14 races this year and Bourdais will finish the season with a doubleheader at Indianapolis and then the finale in his hometown of St. Petersburg, Florida. Bourdais tested the No. 14 car earlier this year at the Circuit of the Americas and at Sebring International Raceway.

« I’m happy to have this deal done, » said Larry Foyt. « The short time we have been able to work together showed a great deal of promise, and it was a shame that his races with us were derailed by the pandemic.

« I’m glad we were able to add some of these races back on the schedule, as it will undoubtedly help us kick-start his full-time campaign for 2021. His resume speaks for itself, and there is no denying he is a great addition to our program. »

Kellett, meanwhile, had been scheduled to drive at Indianapolis in the No. 14 but will instead compete in the No. 41 Chevrolet. He drove that car in the Indianapolis 500. The team made no mention of his future with the organization.

Indy to open to fans with October doubleheader

Photos: NASCAR’s chase to find the next Bubba Wallace