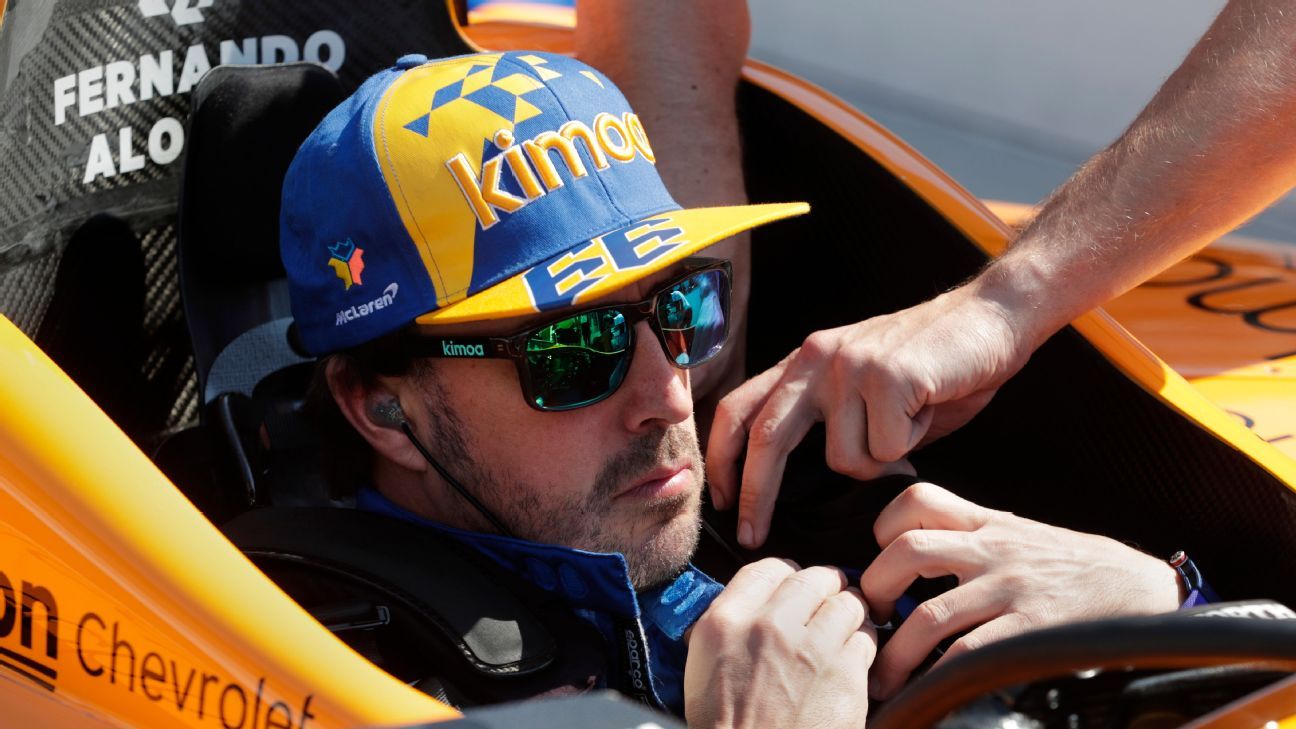 INDIANAPOLIS — Fernando Alonso has crashed on the second day of practice for the Indianapolis 500.

Alonso was following Graham Rahal around Indianapolis Motor Speedway early in Wednesday’s session when he hit the inside wall as he exited the third turn. His car shot across the track, through the grass and hit an interior wall, then back across the track for a third hit of the wall.

The retired Formula One champion is making his second appearance in the Indy 500 in his quest to win motorsports’ version of the Triple Crown. His entry this year is with McLaren, which is back at Indianapolis for the first time since the 1970s.

Here’s the moment @alo_oficial hit the wall during #Indy500 practice 😮

McLaren built the damaged car at its England factory. The backup car was built by the Carlin racing team in Florida.

McLaren has been plagued by electrical issues so far at Indy and now must decide if it will attempt to rebuild its crashed car.

FE driver Abt sacked by Audi over esports cheating

FE driver Abt sacked by Audi over esports cheating